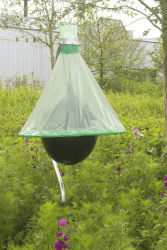 Bite-Lite continued testing the efficacy of the H-Trap Professional Horse Fly Control System in Cape Cod this July. This summer was the third in which our horse fly trap tests were conducted by the Cape Cod Mosquito Control District and its division the Cape Cod Greenhead Fly Control Project under the watchful eyes of Gabrielle Sakolsky-Hoopes and Bart Morris, respectively. The test location for catching horse flies known as green heads this year was in Orleans, MA. 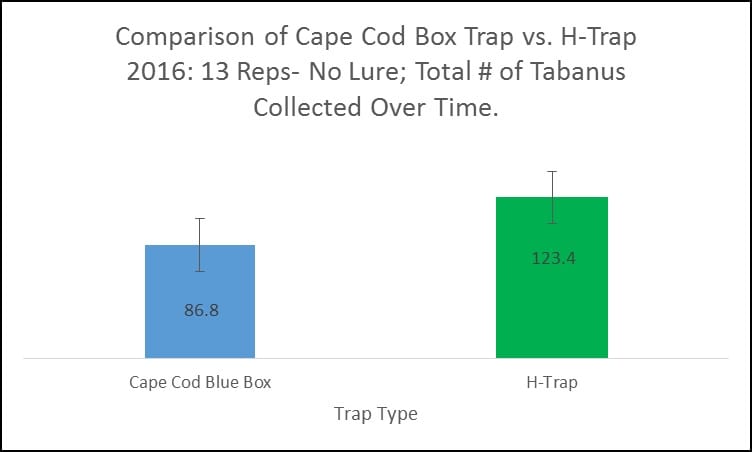 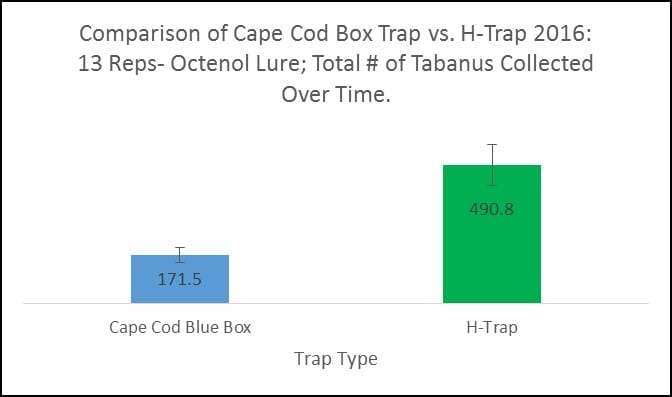