“We are so very pleased with your product.    Our trap is saving our yard!”

“And we can’t thank you enough for choosing high-quality materials and a well-thought-out design.  We still marvel that the adhesive on the Velcro hasn’t melted in the hot Memphis sun.  And the robust sewing of the canopy—really good.  And the rubber ball is industrial strength—thank you.  And wow—who came up with the pole design?  Perfectly balanced.”

“I have intended to write you many times to tell you how great your horse and deer fly trap worked this summer during the construction project. They were totally amazed at how it cleared the area.  Wonderful product!”

“Thanks for such a great product. The quality of life for my two horses has already improved.”

“Our new H-Trap has been in place for less than 3 hours and already we have quite a catch of bugs! A handful of Horse Flies and about 15+ Deer Flies. I couldn’t be any more pleased! It seems the bugs are just attracted to it. What fun to watch them land on the ball and fly on up the funnel. I think we have a new form of entertainment. And how grand that it is natural and without any need for bait of any kind. I will keep you posted. My big score will be to get one of the big yellow horse flies in the trap….I will really celebrate then! Thanks for such a great product. The quality of life for my two horses has already improved.”
~ Kelly W., Bachie and Morgan,  Windham, VT  (July 8, 2017)

“For the money they are well worth it.”

“I live on one acre, in Smyrna DE next to Bombay Hook National wildlife refuge. The area is a salt marsh, in the fall and winter months it is beautiful, in the summer the green head flys are terrible. Last year I purchased the H trap fly trap. As I was putting the trap up for the first time last year, the greenheads were landing on the ball immediately. With in days I had to empty the container of dead flies. This year, I decided to purchase another H trap fly trap. I received the trap on 06/26/2017. Again as I was putting the trap up I had flies attracted to the trap. Less then 2 hours I had approximate 20-30 flies in the trap. With two traps set out on my property the yard is a lot more pleasant to be in. The deck I can sit on and pool is a lot more comfortable. Most places you may not need two H traps, but where I live on the salt marsh it’s a big help. For the money they are well worth it and I may purchase a third to put in the front of the property. Thank you Bite-Lite.”
~  Joseph A. Dempsey, Smyrna, DE  (June 27,  2017)

“Enhanced our enjoyment of being outside [poolside].”

“I will certainly recommend this product  to friends and neighbors.   We ordered it because we have a pool and the horse flies were terrible.  It certainly enhanced our enjoyment of being outside last summer.
~  Mary Lynne Hutchins, Hillsborough, NC  (May 30, 2017)

“This thing works IMMEDIATELY upon putting it up!! Where I live, it will NEVER eliminate the problem entirely, but what we get in trap is astounding.”
~  Domsgram (Nov. 30, 2016) (as seen on Amazon.com).

“Glad I bought, wish it weren’t so pricey.”

“So bad that you can’t really be outside for extended periods.”

We have a huge horse fly problem due to our proximity to a marsh. So bad that you can’t really be outside for extended periods. It’s hard to tell if the trap has reduced the issue by itself, or whether it being a little later in the year has helped, but it’s definitely doing something!

One big tip is to make sure it gets as much sun exposure as possible. It works by having the large black rubber ball heat up to attract the flies. It won’t do that as well in the shade.

“You get what you pay for, and these are worth EVERY dollar!”

“OK, so, Very Expensive! VERY EFFECTIVE!!!! I’ve dumped more flies than I can count, especially those aggravating green headed deer flies. We have one of these next to our pool and one next to our Horse Paddocks. 10- 15 minutes to assemble (the quality is top notch, simple, but looks like they’ll last me for years) I would buy them again, and in fact, may add one more down the road. If you’ve a horse or deer fly problem, this is your solution!”
~  John S. Hagan, MO  (August 1, 2016) (as seen on Amazon.com)

“This is working great in my yard this year.”

“This is working great in my yard this year. I can use my swimming pool without getting eaten alive. I have also noticed, much fewer houseflies indoors. An unexpected bonus!”
~  Brenda Olive, OK (July 31, 2016) (as seen on Amazon.com)

“Expensive but it works”
“I walked back to my garage to return my tools. By the time I got back to my patio, it had caught two huge horseflies. It works well. Well made.”
~  an Amazon Customer (July 4, 2016) (as seen on Amazon.com). 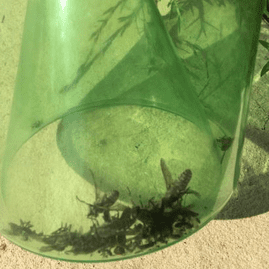 “Ok. I don’t normally review items, but this works! I put it together last night and have caught over a dozenhorse flies today. We have been chased out of our pool this year and last year by BIG horse flies. Today we swam all day. We had a few come around us but what a difference from last weekend! Last weekend I swam with a fly swatter – that is how bad it was. Expensive but it works!!”
~  NolaMom, New Orleans, LA (July 3, 2016) (as seen on Amazon.com). 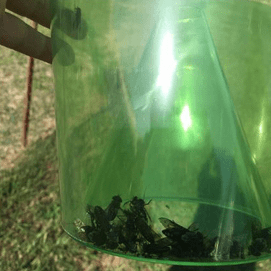 “Very pleased with order. So far worth the money we spent. Will update as the summer continues.”
~ Julie Nicholson,  Magnolia, AR (June 14, 2016) (as seen on Amazon.com).

“We’ve had ours up for a few days and it’s made a big difference.”

“We live on 7 acres of mostly woods, there’s only a couple acres cleared surrounding the home. We have a built in pool out back and this year our enjoyment has been hampered by the amount of horse flies we’ve been dealing with. Since the first day of putting the trap up the number has significantly dropped. I plan on telling a neighbor about it as well. She has a horse and has told me how bad they are on her property also.”
~  Veronica Smith, Folsom, LA (June 13, 2016) (as seen on Amazon.com). 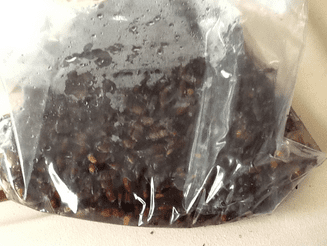 “Thrilled with the results.”

“I purchased the h-trap professional horse fly system a week ago. The day after I received it, I had it up by 9 a.m.  Eleven hours later I emptied the catch container and I have attached a picture of the amount that was in the trap.  This is a gallon ziplock bag.  I don’t know the type [of horse flies], but they have stripes on their back and some have green heads and others are greenish yellow in color.  I am also catching yellow flies and deer flies.  It is still catching a lot.  We live on the river and have always been bombarded by biting flies this time of the year.  I am so glad that I found your system on Internet.  I am thrilled with the results.
~  Gloria Cox, Sopchoppy, FL (May 30, 2016).

“Sturdy. The number of the flies dropped dramatically.”

“I have to honestly say that I love them!!”

“First off I would like to say that I have had an opportunity to try the Bite-Lite [horse fly] trap out and I have to honestly say that I love them!! I recently moved from Md to Va and the [horse] flies are just awful here, so I decided to put the traps at the gates of the fields since that is where they hang out in the morning to come in, and are usually covered with [horse] flies. Since putting up the system ONLY little gnats tend to still be a bother, but those too get trapped over time. The best thing about having them is that I have not needed to spray as much fly spray which saves us money! Anyway, over all this is a great product and I think people all over the country need to see it and use it!”
~  Scott Purdum of Advantage Horsemanship, Fredericksburg, VA (Aug. 14, 2015).

“Every time I moved before getting the H-Trap, I was bitten by deer flies, and I’m extremely allergic to them.  I haven’t been bitten by a deer fly since installing it…If it only works for deer flies, then it is worth the price for me.”
~  Barbara Ebersole, Arcadia, OH (Aug. 9, 2015)(as seen on Amazon.com).

“Needless to say, we are pleased.”

“It has worked well!   We did not have any friendly bugs caught, and after it caught 40 or so smaller horse flies it seemed to rid our yard of them almost completely, needless to say we are pleased!”
~  Bob Crenshaw, Goldsboro, NC (July 11, 2015) (as seen on Amazon.com).

“The only regret is that we did not buy the horsefly trap earlier.”

“Sir- I have read with interest your articles on horseflies (vet. 14 August).   We have suffered badly this year, despite full fly rugs, masks and repellent- there were so many horseflies we began to wonder if they were going to eat the horses.

Riding out became difficult and schooling in the field impossible. At one point, my ex-racehorse had more than 15 horseflies on him.

Having tried almost every repellent on the market, in desperation we dug deep and purchased a horsefly trap. Duly this big black ball with its metal pole, hood and plastic trap arrived.    We immediately set it up in the field, taking into account where the horseflies appear to come from; within minutes it had stared catching them and continues to do so.

The number of horseflies reduced to the point that there is no need for flysheets and I can school in the field comfortably.   The only regret is that we did not buy the horsefly trap earlier.”
~  Jackie Braine, Devizes, Wiltshire, England, from Horse and Hound  (August 21, 2014).

“This is the best and sturdiest trap we’ve ever had!   Best of all it attracts the flies that bother horses…”

“…A few things about this trap which makes it different from other [horse fly] traps, as we have tried a variety. First, it’s sturdy. That’s important as we get afternoon thunderstorms and the wind can be quite strong.   The way the “H” trap is constructed it moves with the wind and the conical shape sheds the wind.   Also the trap base is galvanized steel with 3/8 bolts locking the trap base and structure sections together.

Secondly the fly trap piece that collects the [horse] flies and other flying insects is easy to remove and clean.   It doesn’t fall out of the steel bracket and it swivels with the wind.   I don’t worry about this trap falling over and cracking the collector; it just doesn’t happen.   This is the best and sturdiest trap we’ve ever had! Best of all it attracts the [horse] flies that bother horses… 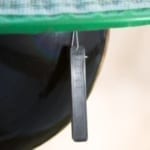