The Horse Radio Network is the “Voice of the Horse World” and featured Bite-Lite® in its Stable Scoop Radio Show on February 13, 2015.   Our own Director of Sales Gail Bedoukian was interviewed by Host Glenn “the Geek” during an online podcast called the Metal Horses and Helping the Mustangs (Episode 339). As the show’s name suggests, Glenn scopes out “unique, different products” to introduce on one of his eight shows; he discovered our new professional horsefly control system called the H-trap set up at the AETA (American Equestrian Trade Association) show.   He said our trap was not something he expected to see at the show! If you want to listen to the hour long show, check out Bite-Lite in the segment Tack and Habit “fights the bugs with Bite-Lite,” which comes around the 54th minute mark.

Horse Radio Network is stationed in Ocala, Florida.   Besides Stable Scoop, which was Glenn’s first show when he founded the network in 2008, you can listen to other fun shows that include: Driving Radio Show, Horses in the Morning, Horse Tip Daily, and Equestrian Legends. 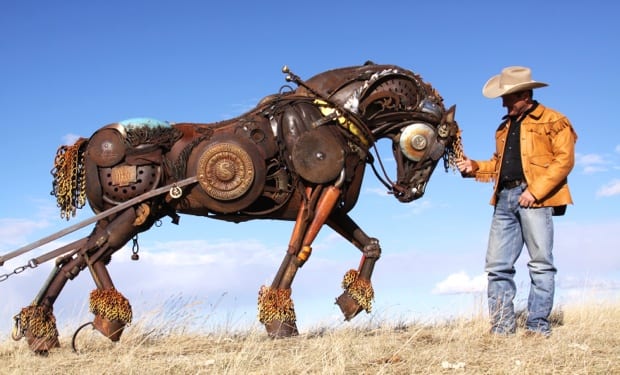